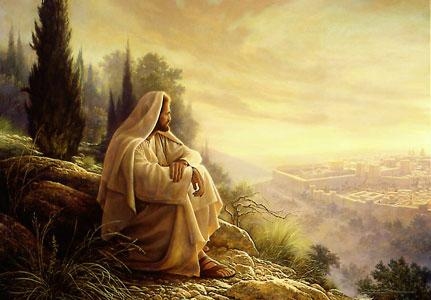 While having my retreat in Penang Hill for my personal spiritual refreshment and rejuvenation for the up-coming new year, many “Normal Incidents” have taken place on the hill. Yet, in the eye of the lay people, these “Normal incidents”  are “Abnormal”. For example,

While I was communicating with Goddess of Jiu Tian Xuan Nv  九天玄女 via meditation , one of the Goddess in Dao and whom imparted the very knowledge of feng shui and the whole system of Chinese metaphysics to Huang Di 黄帝 (Tradition holds that Huangdi reigned from 2697 to 2597 or 2698 to 2598 BC)   , the ancestor of Chinese., who built the cornerstone for Chinese civilization (You may trace this lineage in Wikepedia)  ； micro-climate change took place for about 30 – 40mins… At first, the circumstances were normal, calm and steady…. then, after burning ONE single incense of certain fragrance (according to my lineage) to the heaven in the open space; wind started to blow from gently to  moderately. From moderate air flow, it turned into highly moderate Qi flow within 2 mins….   turned to moderate rapid air flow… the clouds on top were moving due to climate change. 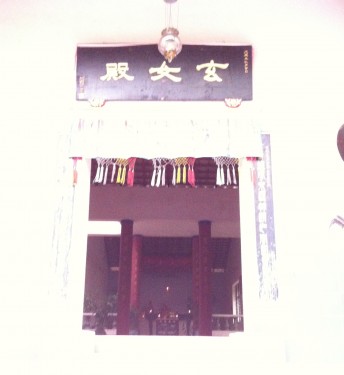 The Place where a Macro Climate Change. This is the Original Photo where The Qi was Captured

The air was embracing spirally in the place where I sat for meditation…. calmly and motherly was the embrace. I could heard the sound from 2 swinging Chinese lanterns due to sudden change of rapid air flow….  from the sound you could judge how rapid was the wind flow… It was soothing…. Blissfulness, Marvelousness, Wonderfulness,  Magnificence and Calmness were beyond words descriptions. Brightness from Above. The micro-climate change only took place surrounding the  approx. 50 x 120 square feet open space.  I could clearly see the trees were blown by the wind yet those trees a few feet away from 50 x 120sqf were standstill, no blowing wind. Amazing. Besides, there were many Abnormal happening. A few visitors were there and amazed by what was happening yet dare not to ask me because we do not know each other.

Brother & sister, inviting for a small mirco-climate change was NOT my intention. It was NOT at all  in my mind. Nevertheless, year end is normally my practise to go deep into meditation in a few chosen places. Some in China and others in Malaysia. It just happened due to my “simple” yet ” child-like” heart, a crystal-clear heart seeking for deeper spiritual realm.

As most of blog readers are not familiar with Daoism meditation, let me quote from Bible for general understanding.

“Verily, I say unto you, except ye be converted and become as little children, ye shall not enter into the kingdom of heaven.” (Matt. 18:3)

“Verily, verily, I say unto thee, Except a man be born again, he cannot see the kingdom of God”. (John 3:3)

These 2 quoted verse simply tell you, the key of spiritualism is “ become as little children“.

In Daoism also, “become as little children” is vitally important for you to move the Qi in your body…. “become as little children” is essentially critical to transform a condition into a desired condition….. The essence of Daoism  is also about : ” get back to the stage of childhood”….. yet, the “childhood” is not what you understand literally… it is not what you see from the alphabetic of ” childhood”.  It is the ….. Sadly, even Christian themselves also has no physical realization from their own scripture…. because Church has clothed the Christianity into a dogmatic system which had gone astray from the True Teaching of Jesus after 300 years Jesus Ascended into Heaven.

Let me quote one more scripture, this is a stumbling block to most Christians:

Very few Christians believe it is true and possible realization. Most of Christians are even silently sceptical or NOT believe 100 % of their own scripture above…. Sadly, this is due to the Church had  “lost” the real meaning of these words….. Words of infinite value, and yet, so meaningless to most people, including Christian themselves. If you read carefully, this shows the familiarity of Jesus with Eastern Wisdom. After all, Bible keeps quiet and silent over “Where About” of Jesus from age 13-30.  Just to give you glimpse, the current Christianity is very much shaped and mounded by St. Paul, whom himself was NOT one of 12 disciples of Jesus while He was on Earth. …. The True Teaching of Jesus was NOT accurately imparted.

On top of that, the energy or Qi in your body was also mentioned by Jesus, yet, the meaning miss out during the process of translation.

38 He that believeth on me, as the scripture hath said, out of his belly shall flow rivers of living water.

Yet, other version translation has lost the meaning as below:

38 He who believes in Me, as the Scripture has said, out of his heart will flow rivers of living water.”

38 He who believes in Me, as the Scripture said, ‘From his innermost being will flow rivers of living water.’”

To Church goer, these 3 kinds of literal translations are the SAME. Yet, for those who seek for the truth is NOT the same. This is because Jesus had exposed and unveiled  the heavenly secrets here. We cannot take the literal words for granted. As a Chinese metaphysician, we learn the ancient classics very carefully, right to the point to unveil the TRUTH or SECRETS.

In Daoism, Belly refer to abdomen, which the Lower  Dan Tian 下丹田  for Qi cultivation is located.  It is associated to Kidney( Water element). The Heart in Daoism is The physical heart, your biological heart, it is fire element and where Shen 神 resides. To normal Bible readers, there are the same, yet, to Daoism, it is NOT the same.

Whereby, Innermost is only possible After The Qi is cultivated to connect the HEART Vs KIDNEY, then, only innermost is possible.

If you compare Eastern Wisdom ( Daoism, Veda, & Buddhism) to the common understanding of Bible, you would find something are missing…… I let your good self to elaborate……

Jesus did taught a lot of Heavenly Secrets, yet,  they were not passed down accurately.

The Ultimate Supreme Power of Luck Changing method (in this case it is refered to feng shui in general) is : None other than 慈悲 Compassion Awakening. It is not ” formula” but it is about Awakening Awareness.

Compassion慈悲 is not about kindness 善心 which is understood by lay people. Compassion is about Awakening awareness觉知. It is spiritual oriented.  Compassion慈悲 in the general sense/understanding of kindness善心; would be an expression of awareness觉知, but one that might not necessarily be free from the stain of ego grasping. Genuine compassion is ego-less.

It is the inherent essence expressed, inseparable from awareness.It is within in your heart of everyone.  This natural essence, which is genuine compassion, does not need to be formulated or even expressed as something like “compassion.” We see this exemplified in our great teachers. Their genuine compassion does not require phrases and expression or even actions. Just their presence, who they are, is nothing other than the quintessence of compassion. We, in contract, have to invent and demonstrate compassion. Our contaminated compassion still requires effort and deliberation. That is conventional or general compassion.

Genuine Compassion, is the source of the power which galvanizes the total change of your life. The True Compassion is the dynamo of luck changing….  It is not formulated…. yet… It is Explosive Awakening…. It is Within you….

When the True Compassion Inside you is Awakened…. Your  life is changed…. One of the manifestation of Life Changing is …. Your face features also Change…. 相由心生……

Brothers and Sisters, Trust your Compassion…. It could change your life by just a second….