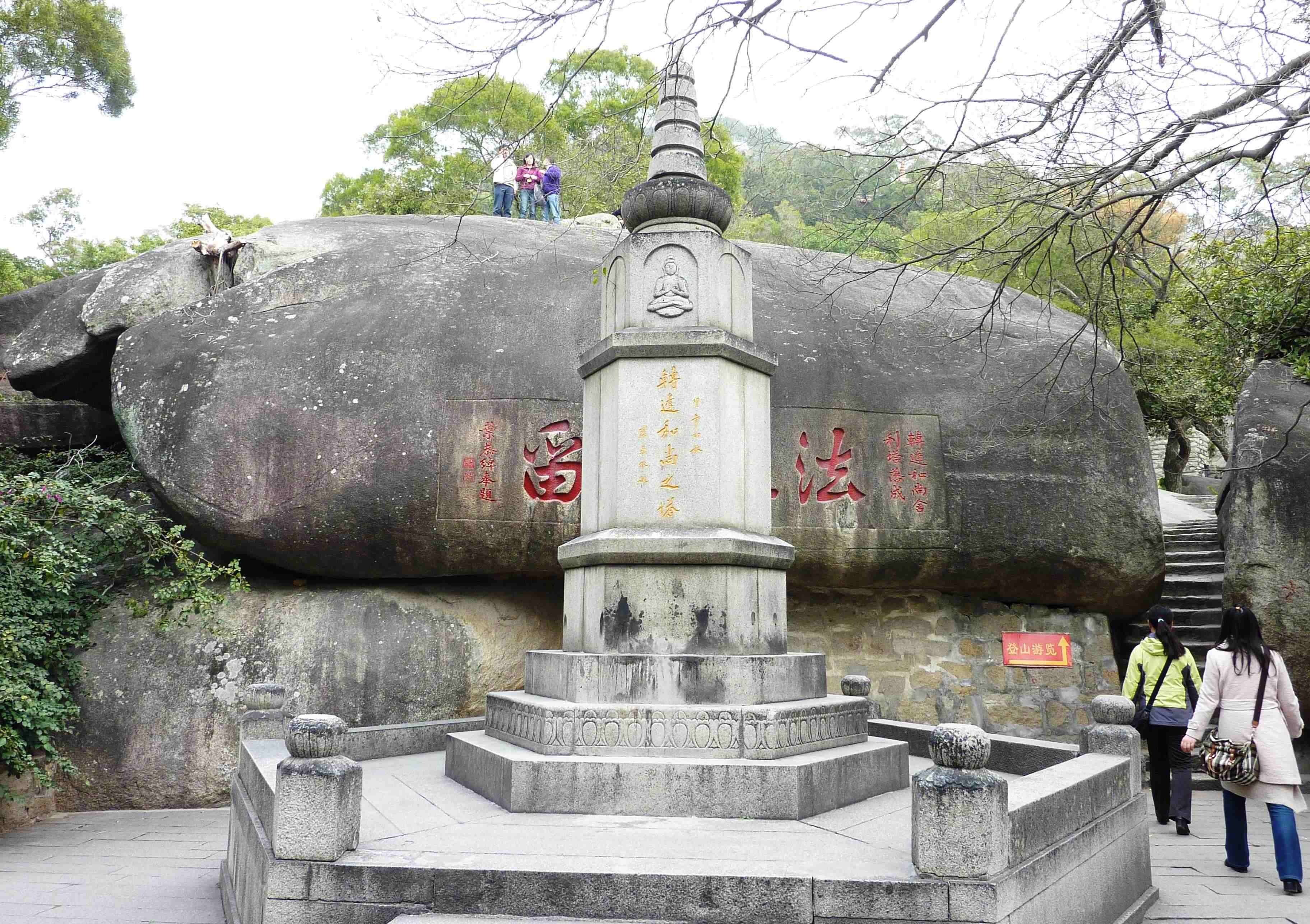 This is Buddhist Style of Tomb. This is Indian Style... However, you can find many Indian influence in China... Chinese is very open to foreign cultures, As long as the culture is benefitting, Chinese normally absorbs them into their own. 这是佛教坟墓传统，是印度传统而非中华自有.然而，你可以在中华大地看到诸多此类的塔。中华文化是包容性特强的文明，吸收许多外来的养分壮大自己的内涵。

This is a Buddhist Style of Chinese Tomb in Fujian. Buddhism came from India and survives in China. However, Buddhism experienced a decline in its homeland. Chinese civilazation and its culture are a very open to foreign influence since its formation.  When applied closed door policy, China experinced set back and power decline for example during 18th century till 1980s. When China opens up itself in 1980s, it starts to florish since then….

However, the point here is about feng shui. This tomb belongs to a well-known monk. A monk had no offsprings and wealth. So, this kind of style is accepted. However, whether  “pagoda style” is  good for wealth and……??

According to the source…. the pagoda style carries one branch of Ancient India wisdom…… namely……..