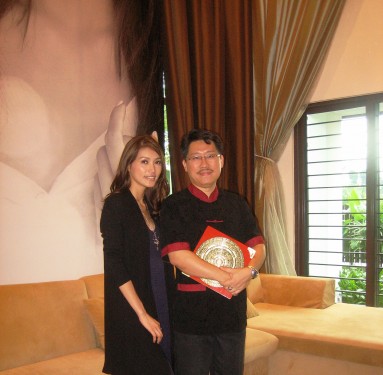 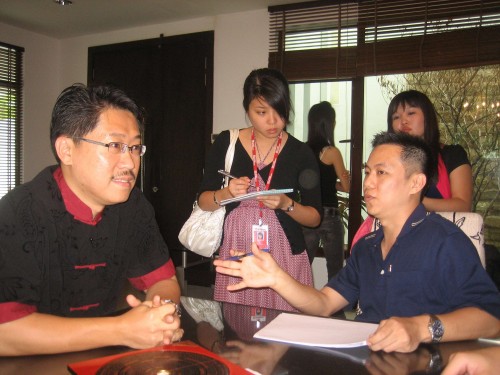 Listen to Amber About How the 2 Previous Feng Shui Practitioners Analysed Her House. 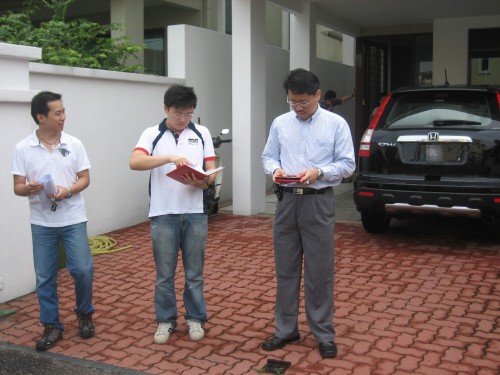 On 20th November 2008, I was invited to Amber Chia’s house for feng shui audit. I was informed that this house has been audited by two“well-known” feng shui master in Kuala Lumpur. The first feng shui master, JY audited the house early of the year 2008. Whereby, the second feng shui master, KH came to audit on 18th July 2008, after house warming. According to Amber Chia, Master JY mentioned that the water pond at North Sector should be removed instantly as Grand Duke is at that particular North sector in year 2008 which I personally totally agree. However, I do not agree to replace the pond with a plant which after suggested by Amber Chia’s designer, and this is the tree eventually cost “near death incident” to her which I will touch on later. 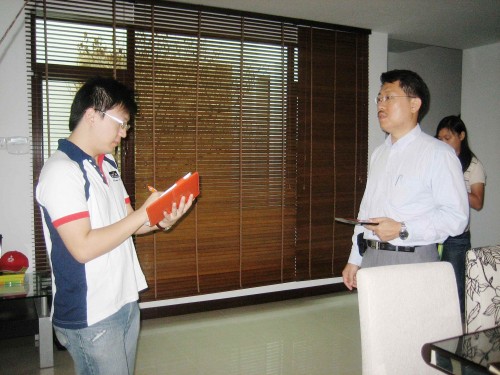 From my geomantic measurement and after identifying the center point of the house, it is noted that the main door is located at North West Sector. According to Amber Chia, Master JY did not ask her to change the door orientation as the way Master KH consulted.

On the 18 July 2008, Master KH came to the house and audited the house for the second time within a few months. According to Amber Chia, Master KH consulted that an extra door should be added at North West Sector to tap the “good feng shui”. Therefore, she added an extra door just next to the original main door as advised by him.

If you are a feng shui practitioner, you would instantly tell me the danger of having 2 MAIN DOORs at the same sector, North West sector. North West represents Money and Husband, if you know Yijing (易经), you would know the implications to construct an extra door at NW sector. At this point, I disagree with double main doors suggestion. 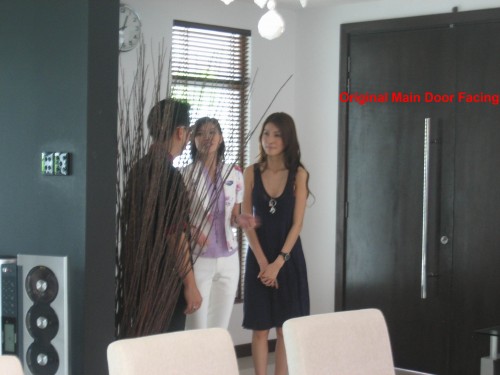 The Original Main Door Facing Proposed by JY, but opposed by KH....

To my surprise, the 2nd feng Shui master did not pin point the harmful physical feng shui at the house which nearly caused Amber’s life recently, and it happened especially in year of Rat 2008! 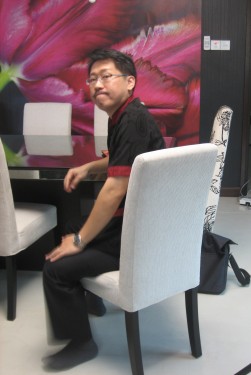 About Amber Chia – from Wikipedia

Amber Chia (simplified Chinese: 谢丽萍, traditional Chinese: 謝麗萍, pinyin: Xiè Lìpíng; born December 14, 1981) is a Malaysian model. She was born in Ipoh, Malaysia, but grew up in the city of Tawau, in Sabah, East Malaysia. She began her modeling career at seventeen, after being discovered in Kuala Lumpur, where she was working as an accountant. Chia gained international fame after winning the 2004 Guess Watches Timeless Beauty Contest, which was a global model search for Guess Watch’s brand ambassador worldwide. The win also meant that Chia became the first Asian model ever to win a top global professional modelling contest.

Master Soon Gim Horng, who has been researching, studying and practising feng shui since 1995 under the late Master Ye Jia Zheng, founded Oriental Wisdom, a company committed to making the knowledge of feng shui available to all. After university, he continued to pursue feng shui studies under the same Master and along the way, obtained valuable practical experience.He is a true feng shui practitioner, with 16 years experience in the field. Master Soon is an expert in property geomacy consultation, land selection and development, as well as town planning. For more, log on www.orientalwisdom.com.my

For enquiries on services and courses, kindly write to:

Master Soon, [email protected] or log on to http://www.orientalwisdom.com.my

Please include your full name and address and a pseudonym if you wish. No private correspondence will be entertained.