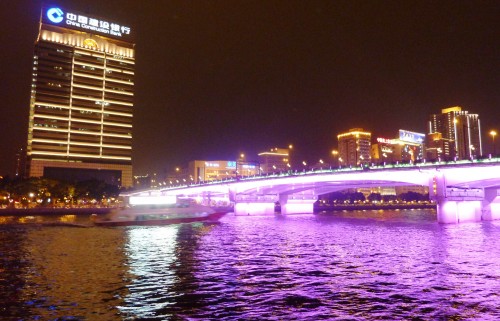 Bridge, is one of the method to converse the Qi of Pearl River. 大桥有助于让珠江之气聚于广州。

Since China’s opening to the outside world in 1980s, the economy in the Pearl (Zhujiang) River Delta (PRD) has been double digit growth,one of the top three in term economic growth in China. It has been known as one of mature fast growth areas in the world and become the model and the hope of China’s reform and opening to outside world.  Since the 1990s, driven by knowledge-based economy, the PRD has further adjusted the industrial structure and achieved good progress in upgrading the industrial structures. Its high technology industry has developed quickly and the economic internationalization has deepened, meanwhile, the region is going through transformation and some new trends have begun to appear, including the rise of university towns, industrial globalization and the construction of Hi-tech development zones. 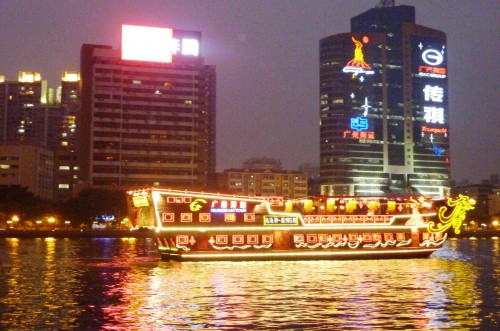 This picture was taken by Master Soon at Pearl River, Guangzhou on 10 March 2011.此照片是孙老师摄于广州珠江

There are a lot of bridges (more and more bridges are under constructions) within the box area. Hong Kong seems to be excluded. What are the feng shui implication to Guangzhou and Hong Kong? 在四方格内有许多跨河的大桥。这地区也有越来越多还在建筑中的大桥。 这对广州周边城市和香港有什么风水影响.

Hong Kong, the Pearl of Orient, was very famous in 1980s. However, today, we hear more news and activities in Guangzhou rather than Hong Kong. Hong Kong was so powerful in term of economy before 1997. Today, the fame of Hong Kong is fading…..China, as the birth place of feng shui and now is ruled by China Communist Party. Apparently, the government of China bans the use of feng shui. Nevertheless, if you go deeper and deeper into Mainland China, you will be having another opinion about feng shui application in China.