The Future Chief Minister of Penang - His name is having "Crown". 名字戴冠帽、讲话像射箭 - 〈林冠英〉

On 31 January 2007, I was interviewed by Guang Ming Daily 《光明日报》. At the interviewed I had predicted that would be a change of chief minister of Penang State. However, many people could not believe and understand my statement as there was no sign of a “change” of Chief Minister back to year 2006. However, the sign of Yijing 《易经》 had showed the sign of THE CHANGE.
I predicted that the next Chief Minister’s  character as below

In year 2006 and 2007, there is no sign of election. For the last 50 years, Penang only experinced 3 Chief Minister. Logically, there will not be any change. Moreover, the Then Chief Minister , Khor Tzu Khoon was very firm and strong before general election  Mac 2008.

The newly elected Chief Minister of Penang is Lim Guan Eng 林冠英. No one could imagine that opposition party defeated the ruling party by more then 2/3 majority, set up a very strong new ruling state government. The new chief minister is famous for his critical and sharp comments. He always condemns his political enemies and makes them shameful and sinful…. You could check his character online by typing ” Lim Guan Eng”

His middle name is Guan 《冠》 means imperial crown. This is abosolutely accurate and in line with my prediction, a new chief minister from other state, from opposition  party.  This is amazing….. 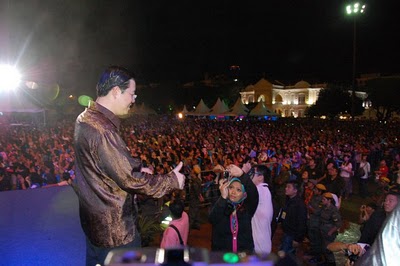